▲top
Recently, there’s a debate about a female group’s new single, the song’s entitled “Chinese.” 「中國話」(The lyric was basically praising the beauty of Mandarin, and how the world is focusing on this language now.)I remember the first time I saw this MTV, I felt quiet refreshing and perhaps even with a bit sense of proud, because it shows how we identify our own language and shows our national proud. However, few days later, I saw from the newspaper that some Chinese people expressed “their” despise on this song. I was so surprised. I thought they would be the happiest ones to accept such eulogy toward China. Nevertheless, the fact turns out that some of them holds a radical opposing opinions against this song. They claimed that- S.H.E.(The female group) was praising Chinese because they wanted to get rid off the mark of “pan-green-artists” Or some others say that S.H.E. sang this song just because they needed the market and recognition from the Chinese market, and such deeds are absolutely fruitless and disgraceful. Of course there are some praising or neutral ideas from the Chinese as well, yet the discussion has just aroused a fierce debate among Taiwanese and Chinese young people on the Internet.

Later on, something interesting happened. Some Taiwanese people revised the entire song and give it another name “Taiwanese”. They added many aboriginal Taiwanese characters and elements into the song, and sang the song in Mandarin, Taiwanese, Hakka and a little bit aboriginal languages. I like both of the songs, but to be honest, there was a sense of indescribable familiarity and touching when I heard the revised version. Indeed, we speak Mandarin and we may even inherit more traditional Chinese heritage than the mainlanders. We felt a sense of proud as well when the world is focusing more on “the Chinese” people. However, this does not change the fact that we are being Taiwanese, a separate, democratic country and group of people, which differs greatly from the PRC China. The situation is axiomatic, will anyone call the U.S. and U.K. the same country nowadays only because they share similar culture and speak the same language?

Thus, I feel the Taiwanese show a great reaction toward this event. We made fun of this song and changed it into Taiwanese, the one which may not receive as much market value as the original one (well, who can beat 1.3 billion population?), but the new song represents the true characters of our people. There are, of course, some Taiwanese people took very critical view toward this new song, yet I believe the majority of us choose to identify ourselves with a sense of humor and creativity.

The whole identification question is above debate, we need not to show our position by vituperation. We are firm and adamant about ourselves being Taiwanese. We can recognize the Chinese part of our culture and still establish an independent nationalism. Such solid nationalism is a precious fruit after 50-year ruling of Chineselization from the KMT regime.

The girls’ new album sells still very well, both in Taiwan as well as China. We Taiwanese showed a sense of humor as well as solidity in this event by creating our own “Taiwanese” song. Isn’t this the best outcome for the singers and us? 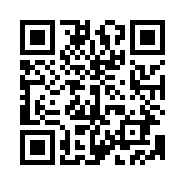