瀏覽方式： 標題列表 簡短摘要
While replying the question concerning the distorted country origin of his latest movie “Lust and Caution” (It was misrepresented from “Taiwan” to “Taiwan China”).
Lee Ann says “I lived in Taiwan. We took humiliations. That’s how we grew up.”
Upon hearing these words, I surprisingly felt that I was somewhat relieved. The main reason was because I can felt a realist Taiwanese soul from his words. He was not buttering up the Mainlanders. And yet trying to “unite” the “Chinese speaking people” is a mutual-respect and practical way. These three simple sentences from him, made me realized the position and path of Taiwanese people.
Lee Ann took the flesh from Mainland China, skills from Hong Kong and incorporated them by a Taiwanese soul. We Taiwanese were endowed with more freedom, cultural diversity, and ambivalent thoughts. I guess that’s why we can raise director who is capable of dealing with various themes, either they are commercial, literary, western, or pure eastern.
I could understand why he did not show his strong resistance to this misrepresentation. If I were him, I would probably do the same. With so many coworkers, partners, and elements from China, strong protest to this distorted title was like slapping all those people on their face. (Which includes parts of his crew, his actress, his audience and even judges…) Thus, his reaction to the whole thing totally understandable.
We took this humiliation, that’s how we grew up. Such themes will be brought up over and over again, we might still tolerate, and sometimes we might not. I just hope that all the Taiwanese people can keep our complete, integrated soul, and find our own way out. 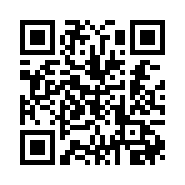