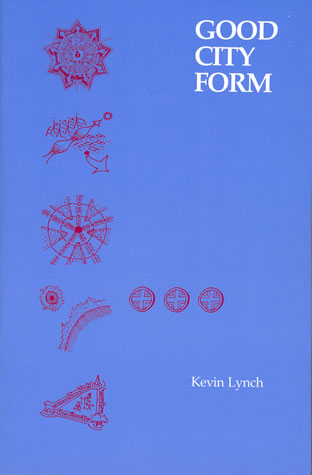 In “Good City Form”, Lynch constructed a normative theory to evaluate the forms and values of cities. Knowing that it is impossible or even dangerous to generalize performance standards for cities, he set up performance dimensions. In his own criteria for these performance dimensions[i], Lynch said that these dimensions should cover all features of settlement form, be usable where values differ, be independent of one another and deal with qualities which change over time. This attempt to build such a comprehensive theory is difficult. The dimensions in this book may not be perfect, but they combine the physical values as well as the social ones within these characteristics which we can perceive, evaluate and improve on.

The greatest achievement resulted from this book is that it builds up universal dimensions to evaluate both the social and physical aspects. These dimensions are: vitality, sense, fit, access and control and two meta-criteria of efficiency and justice. Each of them comprises subdimensions that value the physical utilities as well as psychological needs. For example, the access dimension talks not only about the physical accessibility to a certain place, object or person; it also emphasizes the diversity of things given access to and the equity of them. He dealt not only with the superficial level of a city’s functionality but also with the experiences, impression and values within. While discussing the culturally-dependent dimensions, he was being careful not to favor any particular set of cultural standard. He pulled examples from cities throughout the world and supported his theories base on characteristics that are common to every human being. In the perspective of being generic to all cultures, these dimensions are well-grounded.

Then he moved forward to an evaluation of these dimensions. This is the part where things get complicated because there must be a set of recognized values before there is an evaluation. Some values are commonly accepted, such as just, equity, people’s preference for efficiency and control etc. However, there are also the hardly definable ones such as what is a good fit? Or what makes a place a good sense? Lynch tried to make these concepts explicit to us by subcategorizing them in detail and provided plenty of illustrative narrations. He was very careful with these elusive concepts and went back to re-examine and dig into each of the presumption behind. This makes his logic sounder and convincing even though some of these ideas are still blurry to the readers.

This is probably why he was attacked as being verbose, because it seems like he spent a lengthy paragraph yet led us to no conclusion. However, I have to disagree with such criticism. Having no conclusion doesn’t mean the discussion is worthless. Instead, the process of exchanging ideas, receiving information and understanding the interconnectivity of a city’s social and physical value is best done by such narrative descriptions. This is the way to encourage people feel and imagine the characteristics instead of being confined to rigid checkpoints and formula. In addition, this style makes these concepts readable and easily understandable to all kinds of people. One needs not to be a social scientist, engineer, or city planner to understand the concept of good city forms through his book. He aroused a common experience, memory and sense that each individual holds toward a city and that is what makes this book successful.

The theory is not perfect, as Lynch criticized himself in the epilogue, there is a lack of complementary theories on how cities come to be and functions are developed. Besides, the dimensions are sometimes arbitrary and ambiguous. These dimensions are sometimes overlapping or even serve as the subcategory of another dimension (for example, the accessibility to daily goods is a subcategory of vitality.) These intricate connections suggest that there is no clear distinction among these dimensions. However, these dimensions still provide us a good base and directions to work on. Maybe some modifications or elaboration on the dimensions is needed, but overall it gives us a sound idea of his attempt.

“Good City Form” created a combined evaluation on a city’s physical form and its interaction with human activities. Lynch’s dimensions show the inseparable relationship of constructions and values. From these dimensions he reemphasized that holding a purely mechanic view of cities by no means can construct a good city. While designing cities, we should always hold in mind the more important values such as justice. Even though Lynch does not talk about the current buzzword of sustainability, these dimensions have constructed a balance on social and physical values. In a good city of Lynch’s, it would be a harmony society that keeps a balance with the environment and human beings. 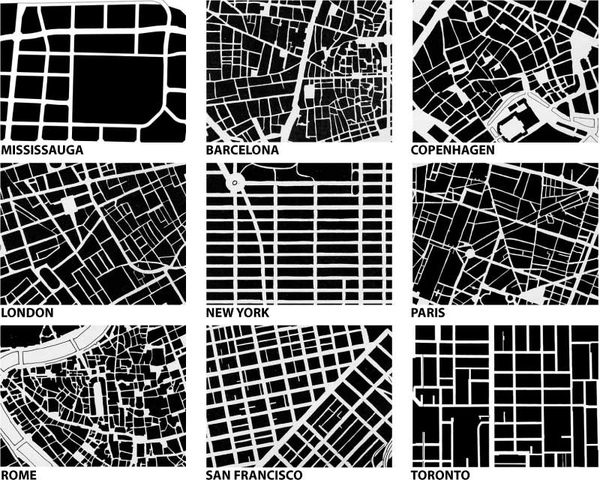 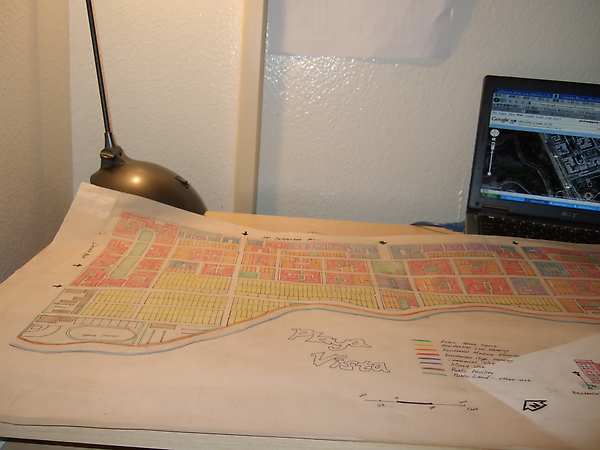 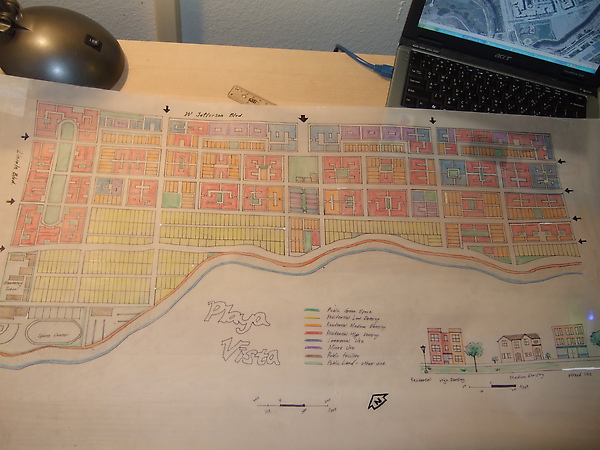 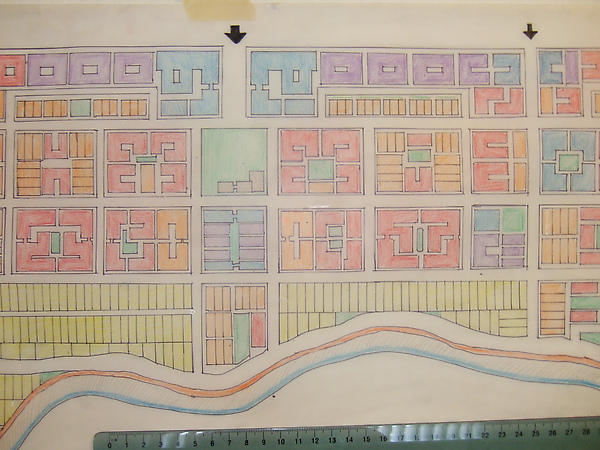 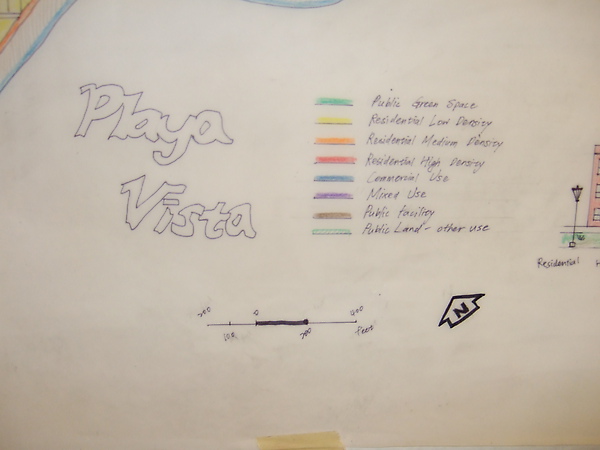 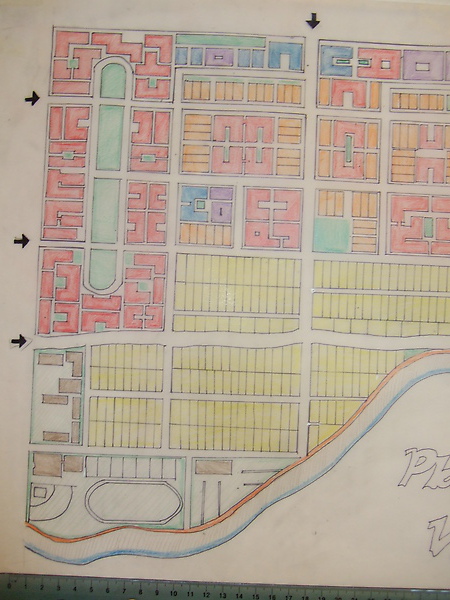 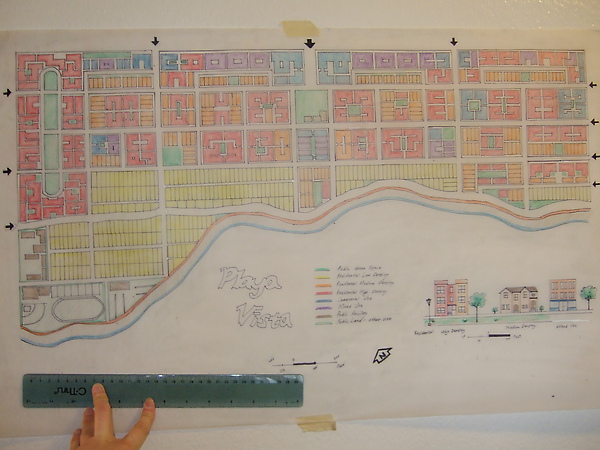 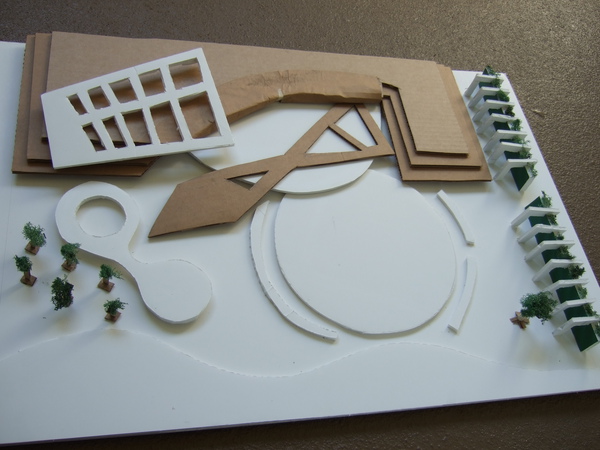 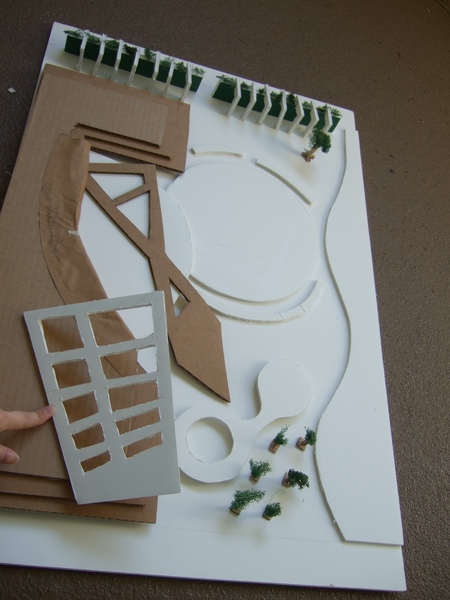 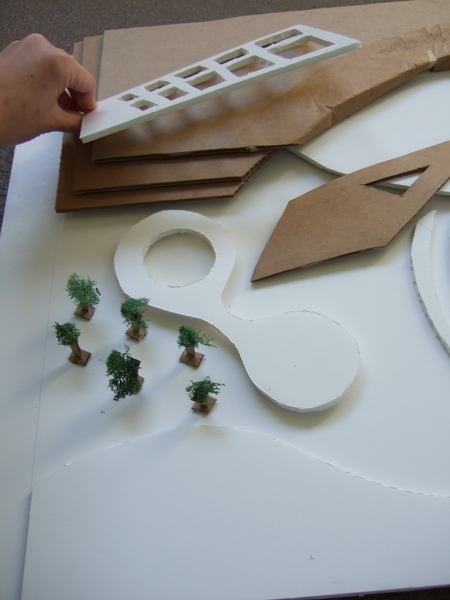 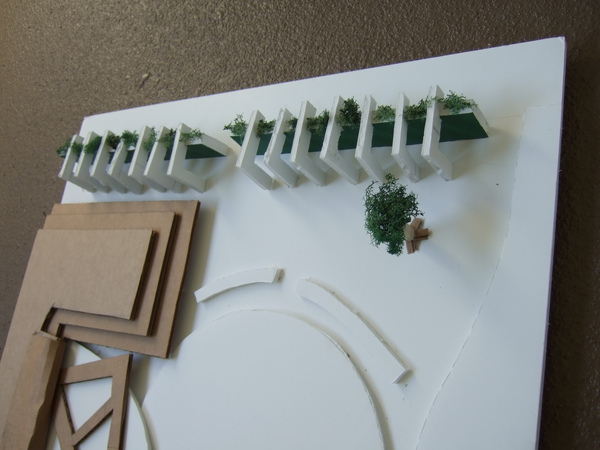 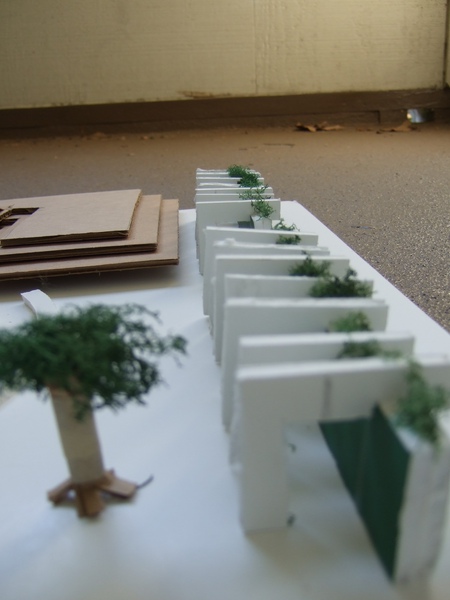 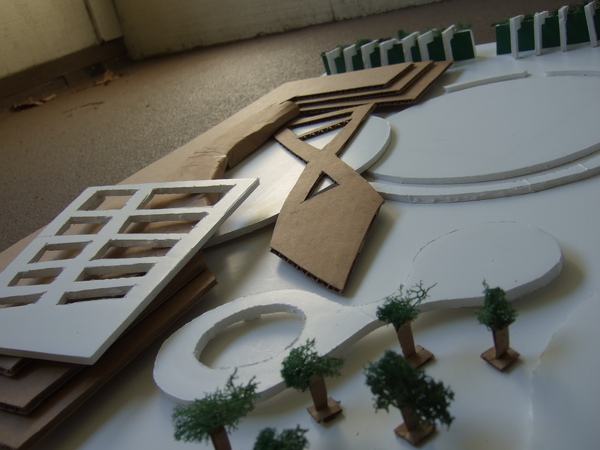 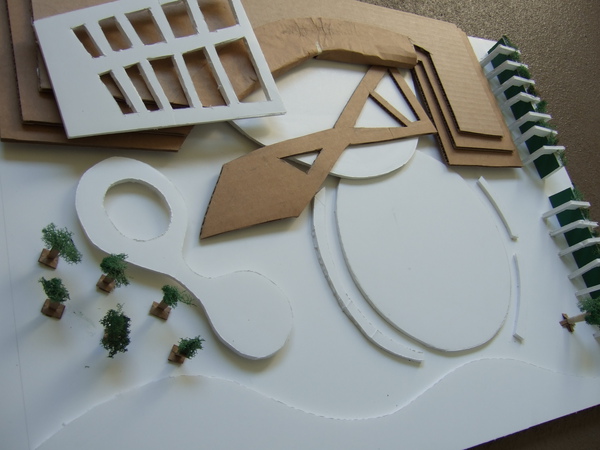 This was an overall excellent presentation; animated, informative, passionate, factually-rich, and thorough in detail while also succinct given the scope of material presented. Nice job!

Strengths: the strongest feature of your talk – which were much appreciated – were the thorough slides which captured the major points contained in the readings, but without extraneous detail or clutter. Also the points you covered and reviewed n the presentation itself were essential and major – not trivial or esoteric. You helped the class to understand the principle and critical issues embedded in the various debates. And, of course, the questions you provided were provocative and thoughtful. Solid outline as well. The only weakness was that you could have provided a bit more critique of the readings – but you did draw attention to the paradox of measurement and understanding. Fine presentation. Grade = A 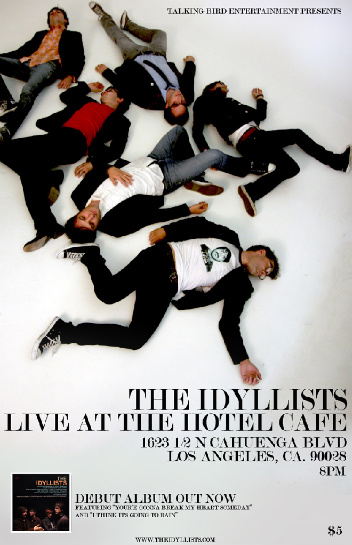 ▲top
在今天以前，感恩節只是日曆上的一個放假日，但是在美國渡過第一個感恩節後，我覺得以後這個日子永遠都mean something to me 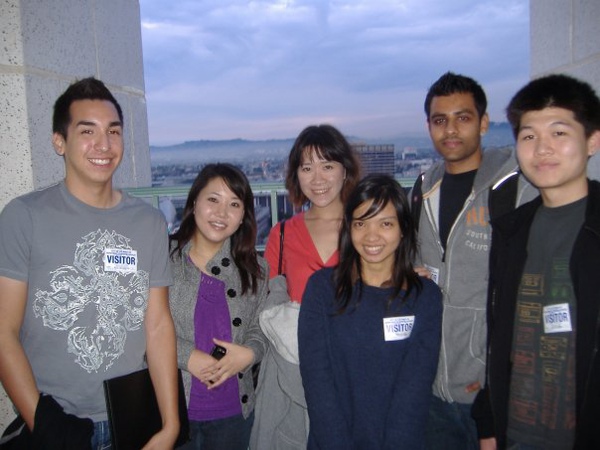 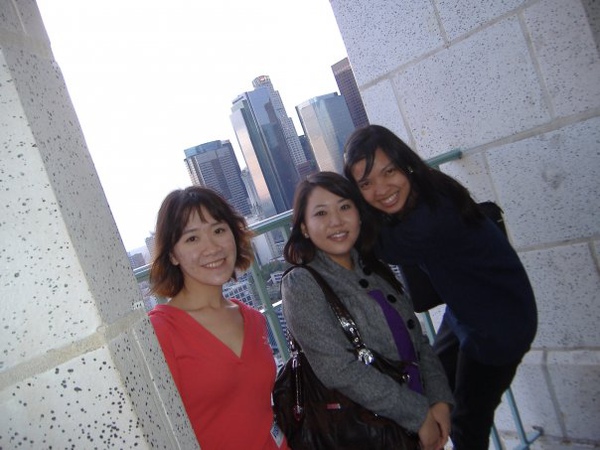 Welcome to the website of the United Nations Headquarters Internship Programme

The United Nations provides opportunities for students enrolled in a graduate programme to undertake an internship at its Headquarters in New York.

This Internship Programme is for the United Nations Headquarters in New York only.

Eligible candidates interested in doing an internship at the United Nations Headquarters in New York can apply by visiting the United Nations Human Resources website, also known as “Galaxy”. Please continue to read through our website for more information and guidelines.

The objective of the Internship Programme is threefold:

to provide a framework by which graduate and post-graduate students from diverse academic backgrounds may be assigned to United Nations Offices where their educational experience can be enhanced through practical work assignments.
*

to expose them to the work of the United Nations.
*

to provide UN offices with the assistance of highly qualified students specialized in various professional fields. 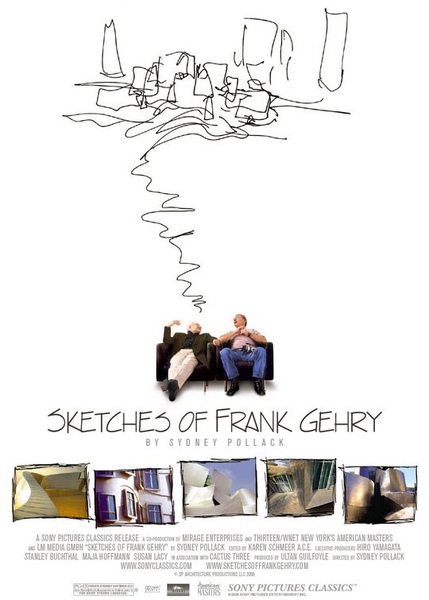 坐著聽到一半時我突然很激動的寫下”I can’t believe that I am really and finally sitting here!!”，感覺一切好像都是在做一個夢，然後我盯著講臺久久之後才確認一切都不是夢，曾經看似遙不可及的夢想竟然正在實現!就連現在坐在房間裡打字，我還是覺得自己現在還活在夢中的感覺。

10:40- 11:00 Academic Expectations
這個物理科學的教授說了一句話，我以前也曾聽到某位交大校長說過” Aim high, because if you may fail, you might still end up pretty good. Do not aim low, it is a dangerous thing because you might end up succeed. “ 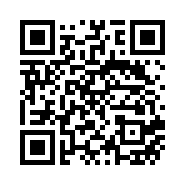